“British pop legend David Bowie underwent heart surgery in Germany last month prompting him to cancel his European tour. Bowie sought medical treatment after performing at a festival in the north-western German town of Scheesel (June 25) reportedly for a pinched nerve in his shoulder. It was discovered that the 57-year old rocker had an acutely blocked artery requiring emergency surgery (the procedure is known as an angioplasty).

Bowie, who was able to leave the clinic early this week, is now convalescing with his family and hopes to start work next month. Said Bowie, “I’m so pissed off because the last 10 months of this tour have been so fucking fantastic. Can’t wait to be fully recovered and get back to work again. I tell you what, though, I won’t be writing a song about this one.”

Typical of DB to lighten the mood with a touch of humour. If you’re reading this David, you know all of our thoughts are with you and your family… please take it easy… we don’t want to hear a peep from you until you’re feeling fully rested and well enough to communicate again. Much love from everybody at BowieNet” 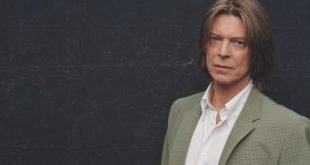 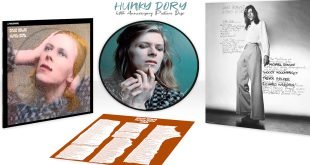 Hunky Dory: picture disc a gennaio per i 50 anni 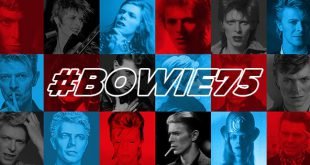 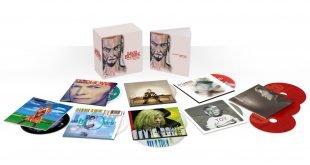